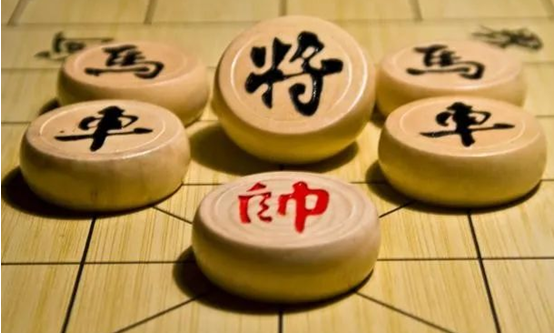 Each xiangqi piece has different division of labor, different roles, and different responsibilities. Only when they cooperate with each other can they become a whole team and give full play to their respective roles for the common goal. On the contrary, if each chess piece fights on its own and is extremely selfish, it will lead to mutual contact and cooperation breaking away from the track of group interests, which will inevitably become a plate of loose sand.

Xiangqi can be said to be a win-win spiritual and cultural life, as well as a win-win situation of chess skill and reasoning. Not only has you been edified by art in chess, but also you  has gained the accomplishment of life. The years of chess are also the years when life moves towards relative perfection, from ignorance to profundity, from narrow to broad, from small to big.

Xiangqi opens the window of the world and allows people to discover a more wonderful outside world. Know friends from all over the world, and expand the field of chess and even life. Only by pursuing art with an open mind can we go to the world, and the life that goes to the world is the smart life. However, it is impossible for a person at the bottom of a well to show his ambition.

5. We should have a sense of danger in times of peace

6. The spirit of fighting courageously

In the xiangqi game, the two sides fight against each other fiercely, racing against the clock, capturing the lost fighters, and penetrating the subtle mystery of the situation with a keen sense of smell. It requires not only chess skills but also courage! Dare to explore the truth, dare to face the truth, dare to communicate with the truth! If a person does not have the courage to face the truth directly, how can he talk about courage?

7. Failure is the way to go

How many times and how many years have you tasted all the defeats in the Xiangqi world before paving the way to victory. Failure is always the prelude to victory. Xiangqi tells us that if there is no failure, there will be no victory. If we can’t accept failure, we can’t accept victory. Life is always ready to accept the possible failure of a certain place, and it is also the preparation for victory. not pleased by external gains, not saddened by personal losses. In a moment, the two results go their separate ways.

Xiangqi is an intellectual game that is both opposites and unity. It seeks unity in opposites and constantly produces new contradictions in unity. It can be said that the method of xiangqi is also the method of contradiction, which makes it an art to deal with and solve contradictions, and reflects the philosophical beauty of human social life. It also contains the traditional Confucian law and Taoist law. The evolution of chess has criticized the ancient idealism and supported the materialism. Xiangqi view is a pocket world view, which is the navigation of xiangqi skill, xiangqi style and xiangqi product orientation.

9. The unity of human and xiangqi

Sixteen pieces of chess are completely given to a commander-in-chief, just like an army, an enterprise and a task are given to a leader. At this time, the leader’s words and deeds will have a bearing on the fate of the group. This is related to the future direction of life of each of the chessmen under the leadership. The key to success or failure is the spirit of responsibility. No matter how talented a person is, if he does not have the spirit of responsibility, he will certainly lead to failure in the army, enterprises and tasks. The integration of human and xiangqi is a commander-in-chief, giving each chess piece fresh life, giving full play to their own skills and tapping out great potential. People and xiangqi combine to form a more powerful life community. It is not a single win for one person, but a consensus and win-win for the team. Only when people and xiangqi are integrated can we establish the navigation to the truth. On the contrary, if people and xiangqi are distracted,they will inevitably move towards the future of destruction!

10. Fighting is not always going forward. It needs to advance and retreat in a roundabout way

In the xiangqi game, I always attack the relative weak links of the other side to gain advantages. Sometimes, the soldiers, rooks, horses and cannons entering the enemy’s array can retreat and transfer the offensive line. This is precisely the modern art of warfare that concentrates superior forces and beheads! It also describes that in real life, we should grasp the main contradiction and put aside the secondary contradiction. To take a step back is not to give up, but to make a strategic detour in order to solve the contradiction in a more effective way. Going forward bravely is not stubbornness and recklessness. If you are brave, you will only spend more energy, but you will not get good results! Avoid its sharp edge, and exchange the smallest sacrifice for the greatest benefit. To retreat is to move forward. Do not care about the gain and loss of meaningless secondary contradictions, but rather about the principle contradictions that affect the overall situation.