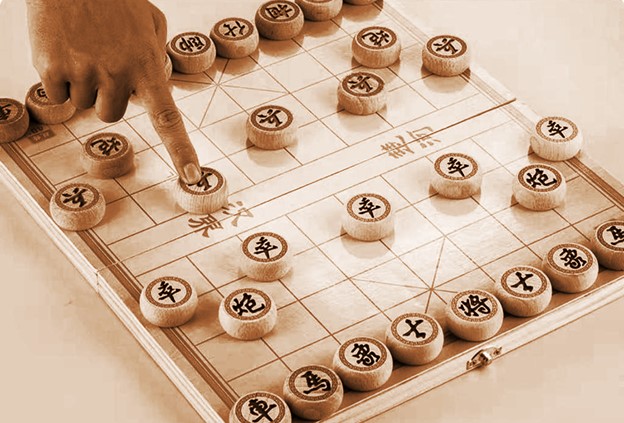 Did you know that Xiangqi is probably even more popular than any other board game, including the typical international chess? Well, that’s completely true.

This turn-based game of strategy has managed to gather the attention of millions of people around the world.

But, even though it has massive popularity, a lot of people don’t actually know the rules. So, in order to make things a bit easier for you, we will explain everything that you need to know before playing Xiangqi or “Chinese Chess.”

Without wasting valuable minutes, let’s jump straight into the article.

The traditional board consists of 10 individual horizontal bars and 9 individual vertical bars. There’s also a long middle area that separates the opposing sides. This separation block is called the river. You can often see it marked with the Chinese symbol “Chǔ Hé,” which means Chu River.

When arranging the board, make sure that you do everything properly. All the elements sit on the little intersections – not inside the square like regular chess.

The starting position of all the pieces is displayed below:

While we’re at it, let’s explain the functionality of each element step by step – shall we?

Generals (kings) are the most essential elements in Xiangqi. They start the game at the middle point within the “Imperial Palace” and can only move one space at a time – front, back, left, or right.

And what’s more surprising is that the generals are prohibited from leaving the palace (the area marked with an X). He is only allowed to make movements only inside the 9-point area.

Next up, we have advisors (also known as guards). These elements can only move a single point diagonally and are confined to the “Imperial Palace” as well. Their main job is to protect the general and save the entire game.

The elephants are positioned next to the advisors and are allowed to move two points diagonally. They can’t jump over intervening elements or pass the river.

The horses can move and capture 2 spaces in a horizontal line and 1 space in a vertical line.

Most English players call this game element the “Knight” because of its similar movements. But, there’s one huge difference – the horses can’t jump over other elements like the knight.

Chariots have the exact same movement as the “Rook” in regular chess. They can move as many spots as it needs – both horizontally or vertically. He begins the game at the corner of the board and is often considered to be the strongest element in the whole game.

Each player starts their game with 2 different cannons. These elements stand in the line behind the pawns.

Canon has the same movements as the chariot. However, in order to capture an enemy, the cannon needs to jump over 1 game element – regardless of the color. They can also be exchanged for horses instantly from their starting positions.

The soldiers can move and capture an enemy piece by going 1 step forward. They are positioned at the front of the table, and they aren’t allowed to retreat. Once the pawns cross the river, they can even perform horizontal movements as well.

Now, since you have a better understanding of the Xiangqi board and its elements, let’s have a look at the gameplay.

Even though Xiangqi is quite similar to regular chess, there are a couple of different rules and pieces that you should keep note of. Hopefully, with the assistance of this article, you will have a much better understanding of the basic rules of the game.